Continuing this article, Abbott then observes the emergence of the white origins theory of barbershop singing, rooted in the writings of three musical scholars in particular– Sigmund Spaeth, C.T. “Deac” Martin and Percy Scholes– whose quotes on the subject ranged from the claim that barbershop singing was a treasured and peculiar art of the Negro, to barbershop’s true heritage a vague unknown. Spaeth was one even to reference “barber’s music” of the renaissance the likely origin,likely to have been “strummed on the lute” by men in ruffled shirts. Though any reasonably educated musician would be hard-pressed to conjure the styles of the madrigal a closer relation to the tight harmonies of barbershop than traditional spirituals and the jazz of New Orleans, the persistent agenda of dissociating an adopted art form from African American culture made such far fetches worth the reach. It stands to reason that the same author, in another work entitled They Still Sing of Love, apparently dismisses the position he took in the above writings published as Barbershop Ballads as rather devoid of much scholarly substance and claiming instead that barbershop was more likely to have emerged from the shops owned by black men in Jacksonville, who would harmonize and improvise the close chords for which the style is now known.

SPEBSQSA (Society for the Preservation and Encouragement of Barbershop Quartet Singing in America) was founded in 1936 in Tulsa, OK and perpetuated the theory of barbershop’s origins in European culture through articles in their magazine, The Harmonizer. An organization exclusively for white men, any sense of roots in the black community of the music they were singing were rather completely disowned. Deac Martin, principal spokesman of the organization from his time joining in 1941 to his death in 1970– who once was forthright in acknowledging the barbershop style of a capella singing as belonging originally to African Americans– states later in his book, Keep America Singing, that as much as the human impulse to sing likely began as chants of “savage” tribes, the beginnings of barbershop are “impossible” to pinpoint. Abbott continues to examine a variety of perspectives among white scholars of the essence and origin of barbershop quartet singing, with some authors who observed with a sort of reverence its connection to spirituals and the social setting of the black barbershops in the country and the city, while others alluded to those beginnings in skits and vaudeville acts.

James Weldon Johnson– the author, educator, lawyer and musician who wrote the lyrics to the African American national anthem, “Lift Every Voice and Sing” comments on the origins of African-American music in barbershop singing in Book of American Negro Spirituals, published in 1925. A quartet singer himself with the Atlanta University Quartette, he describes the lineage of what we know as barbershop singing, stating “…it is, nevertheless, a fact that the ‘barber-shop chord’ is the foundation of the close harmony method adopted by American musicians in making arrangements for male voices. ‘Barber-shop harmonies’ gave a tremendous vogue to male quartet singing, first on the minstrel stage, then in vaudevile, and soon white young men, where four or more gathered together, tried themselves at harmonizing.” This argument does not even appear to be for the purposes of refuting “white” origins as the theory, but rather perhaps the European/Renaissance facet of that claim, having described its founding musicians as American, not as black. The subsequent statement, however, makes very clear that white men started to make this music after minstrel performers made it popular. 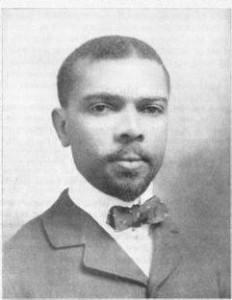 As an activist, his not specifically asserting that those American musicians were black musicians may even indicate its presumed obviousness to the intended readers. One may also take note of Johnson’s use of quotation marks over the term “barbershop” as a description of the style. Its organic and improvisatory style of expression, for those who were producing it, perhaps did not lend itself to such a limited and limiting label as a genre.

The question remains, perhaps: why does any of this matter? For some, the extent of this discussion of historical perspectives and accounts– which here is really only glazed over for the purposes of putting the HALO perspective into context– may seem surprisingly extensive. David Wright presented extensively on this very topic, concluding for listeners that: